We’re so excited to bring you a very special Spotify All-Female Holiday Playlist: Holiday songs, mostly originals and a few traditional gems, all released in 2017, brought to you in a most unique way, by independent female artists! Our goal is to bring you Holiday cheer that’s indie, that’s fresh, that’s new, spans genres, introduces you to new artists, and is fun. We’re pretty sure you won’t find selections this fresh and varied anywhere else.

Before we dig into some notable singles, we want to highlight 2 Holiday EPs that were recently released, and highly recommend getting! Maggie McClure has been a strong force in the indie music scene, and recently partnered up with hubby Shane Henry to record this fantastic holiday EP:  “A Classic Christmas.” 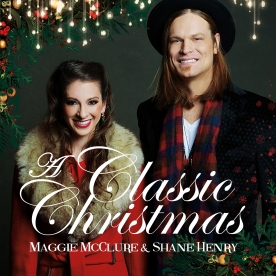 Another fantastic 2017 EP we recommend is by indie pioneer, Rachael Sage, is mixed with delightful originals about Christmas + Hannukah, a song in German, and a lovely new take on “Joy To The World,” released on her own label, MPress Records.  The EP is aptly titled:  “Joy!” There’s something for everyone on this collection.

Lucy Kalantri – “That’s A Wrap” – Is our favorite upbeat, Jazzy, 1920-30s era New Year’s tune from her fantastic new Holiday EP album, “It’s The Holidays!” We’ve been listening to her children’s album “Big Things,” and are so thrilled she continued her retro jazzy theme in this new Holiday rendition. 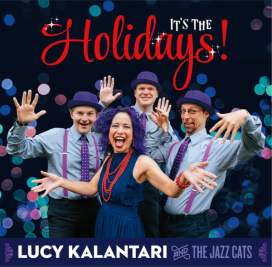 King Willow – “Wishlist” – Introduced to this fantastic sister duo from California by our friends at PurpleThrone app, we immediately fell in love.  Kicking off our Spotify Holiday Playlist, we feel “Wishlist” is the perfect indie Holiday gem.  The bridge slides into a retro hommage a la the 1950s era, and the rest of the song is folk-pop deliciousness reminiscent of Yael Naim’s famous Apple commercial banger, “New Soul.”

Lisa Oribasi – “Memories” – With over 59,000 plays on Spotify, Lisa’s Holiday original is an indie hit. Her beautiful voice, reminiscent of Ingrid Michaelson, Fiona Apple, and Kelly Clarkson, perfectly showcased in this ballad.  You can watch the music video “Memories” on YouTube here.

Girl Ray – “(I Wish I Were Giving You A Gift) This Christmas” – The time changes in this song are an epic homage of some of The Beatles’ best songs.  This retro-sounding tune that not only has fantastic alternating meter (music term for time signature), but is joined by a children’s chorus two-thirds of the way in, has a catchy plunky piano, and beautifully layered harmonies.  It’s hard to believe Girl Ray members are only 19 years of age! They were chosen as Stereogum’s Album of the Week earlier this year.

Though we have plenty to say about each artist and each track, and love each and every song (that’s why it’s on the Playlist!), in order for you to get back to your Holiday celebrations, eggnog drinking, present wrapping, New Year preperating, (yes, that’s our word,) we will cap it off here.  The complete list is below.  Share on your socials, with friends, and with family.  That’s the best gift you can give these Artists.  Happy New Year, from all of us at 6/8 Music!

We hope you enjoy our Spotify Female Indie Holiday Playlist!

Which songs do you like the best? Comment below and let us know your favorite tracks, or hit us up on our social media!