New Yorkers, you know as well as we do that there is no shortage of live music in this city. 6/8 Music’s home base boasts some of the most iconic music venues in the world, from arenas to the tiniest dive bars. So with all these incredible gigs going on every night, how does one even begin to figure out which shows to hit? Well fret not, because we’ve got you covered with our monthly concert update. And because this is 6/8 Music, and everything we do here is for women + non-binary artists, this list will only include headliners with women + non-binary musicians.

So without further adieu, here are 5 shows you don’t want to miss during the month of August!

If you know Noname, you love Noname. That’s just the effect that this poet/rapper has on the masses when you hear her music for the first time. Noname hit critical acclaim in her appearances on Chance the Rapper’s music (her first appearance was on the Acid Rap cut “Lost”), and from there, her notoriety has only increased. From her incredible debut mixtape Telefone, to her legendary Tiny Desk performance, Noname is an absolute musical gift to the masses, weaving potent, airy rhymes with laid-back instrumentals. All that being said: You can’t miss her on August 3 in Prospect Park. The gig is free, and we promise you’ll leave feeling enlightened, and lighter on your feet. Get all the details for Noname’s set here. 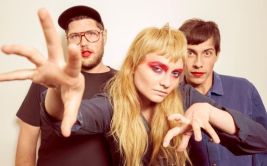 We hate to draw anyone’s attention away from Noname, but the fact of the matter is that another one of our favorite acts will be playing Brooklyn on the same night, and we can’t waste an opportunity to not hype both of them up. If you’re in the market for gritty (and glittery) music that isn’t short on bombast and fearlessness, Cherry Glazerr is the act you’re looking for. They take glam, and punk, mix them all up and kick them up a notch. And boy, do they know how to put on a live show. Grab your tickets here. 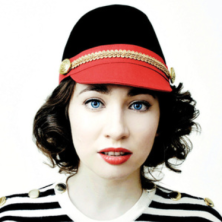 On a note that’s personal to 6/8 Music, Regina Spektor is one of our all-time favorite songwriters. Spektor has always woven tenderness and insight into her music, gentle without losing any power or sharpness. Additionally, she’s an absolutely unmatched performer, with the ability to capture every single audience member’s attention, from the front row to the cheap seats. With seven incredible studio albums under her belt, a Regina Spektor set is sure to be a real treat, and a real journey through the eras. Grab tickets to see Regina Spektor here. 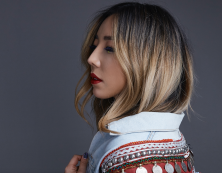 TOKiMONSTA is an absolute warrior, and that is so, so very apparent in her DJing. The renowned DJ released the incredible Lune Rouge last year, after regaining strength from surgeries related to Moyamoya Disease that impaired her language and comprehension abilities. Her music is fierce and stylish, and her presence behind the decks exudes the same cool, graceful energy. Grab tickets for TOKiMONSTA at Good Room here. 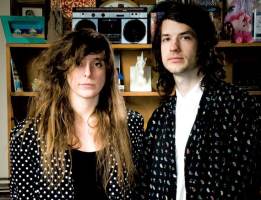 Beach House, without question, have released one of the best albums of the year with 7. Their seventh album was no doubt their most immersive and engaging to date (which isn’t to say their past albums don’t achieve the very same thing). Beach House create other worlds in their live shows — audiences are able to have these personal, out-of-body experiences that transcend far beyond the typical live show. Catch Beach House at United Palace Theatre by getting your tickets here.